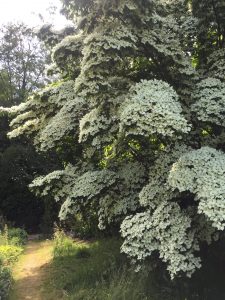 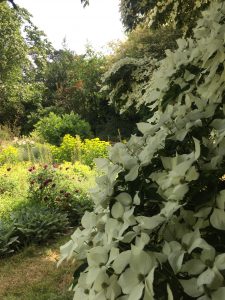 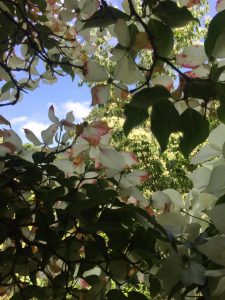 I found the tree when he left me. I had never noticed it in the garden, but then again, I had never visited the way I do now. It was unusual, the leaves a dark green with a texture similar to ivy, glossed as if dipped in resin and left untouched. But the flowers – they lay as a blanket on the branches. Velvet pinwheels in wedding white. The occasional flower seemed to be speckled in a baby pink. There was no continuity to the hue, it just came and went across the ocean of flowers, fringing the tips of the petals.

I had never seen flowers dominate leaves on a tree before. It looked in celebration, absorbing the beautiful sun like a young girl on her summer break, dreaming of her next step. Full of clarity and hope for the future in front of her. I imagine her, and wonder if she was the one who changed his path.

I visited the tree every time I went there, among other flowers, it was still my favourite. I would tell him about it, even though it was over. Send photographs. Talk of how I would have one in my garden one day. He would seem in awe, tell me he wished he could see it too.

I went back to the garden today. It’s been over a month now, and the uncertainty has turned to realisation, which in turn has fallen to a kind of sadness that just won’t shift. It clings to the fabric of my day, a weighted hem on the nice clothes I try and present myself in.

Like a ghost, I felt it before I saw it. The flowers were now a pale carpet, peaceful and soft. Only a few small petals still held hands with the leaves. It was almost the end, too early in the summer, too soon for me. I had hoped they would stay a while, but like my heart the tree had turned. The leaves would soon sleep too, and the branches would lie alone.

But the tree grows in a garden that is vast and full of many plants and flowers. They all blossom and fade when it suits them, there will always be a friend. And I will still visit, no matter the season, waiting for us to bloom again. 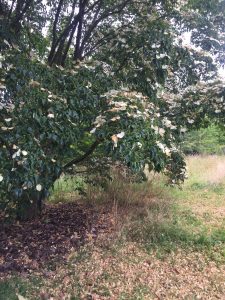 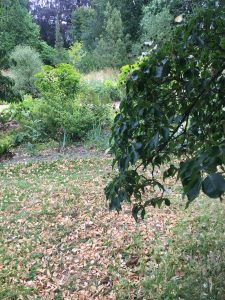 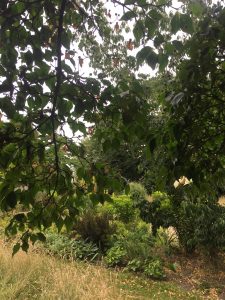