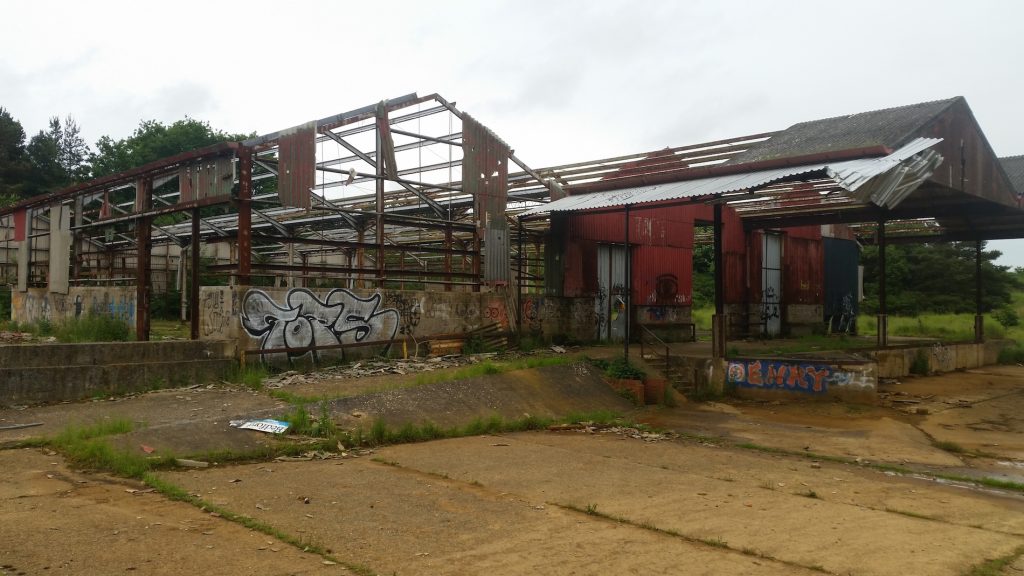 This abandoned factory was used in my first acoustic experiments for my final project of my Masters. It was once used for Fullers’ Earth mining, and now rests as an eery metal structure in Woburn Woods. I selected it for experimentation because of the large quantity of metal, perfect for reflection of sound and attaching contact microphones to its pillars.

I felt there was a beautiful sensitivity to the sounds of the earth and debris mixed with wildlife, and I wanted to capture it in its raw form before I brought my amplifier into the space.

Here are some photographs of the building and its skeleton structure:

For this experiment, I had an acoustic testing CD I wanted to try out on the space called ‘Sound Check 2’. In order to project this I had to work out a way to bring some kind of amplifier into the space without any power sockets available. So a portable amplifier was made out of a bass amp and a car battery, which I could then carry into any space for sound projection. 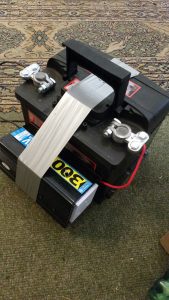 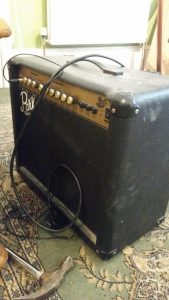 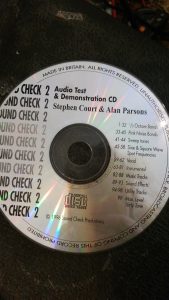 I downloaded the CD onto my laptop, and from there I played the sound through the amp, which was powered by the car battery and plug adaptor above. This provided a lot of power which lasted the session and could be used for many hours more as my now go to portable amplification system.

I made several recordings which have been put onto different linking pages for viewing. These involved contact microphones I made as well as the sound test CD.