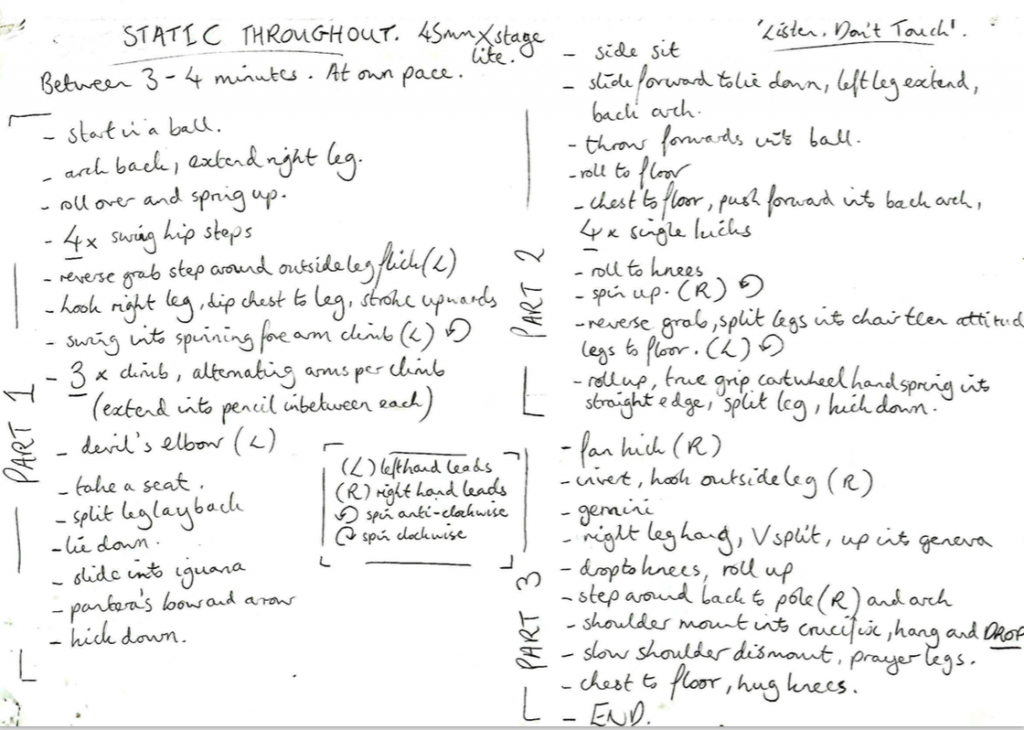 Recommended for listening with headphones.
Pole dance is considered a predominantly tactile and visual performance, known for it’s dark stage, smoke and mirrors. The solo dancer captivates you and for the duration of the performance, you are allowed to escape into their personal space.

‘Listen Don’t Touch’ is a sound recording of a pole dance performance, with no background music and no visuals other than an accompanying graphic score. It was recorded with two microphones – one ‘audience level’ condenser microphone, and a homemade contact microphone attached to the base of the pole where it meets the stage.
The purpose of the work is to expose the reality of a seemingly sensual performance, to uncloak the dance and show it for what it truly is – a long and hardworking series of movements that require strength, power and focus. But whether the sensuality is lost, or has found a new and different form, is in the hands of the listener.

Presented as a response to the UAL London College of Communication’s HerNoise Archive.

Here are some photographs of the pole and microphone positioning: 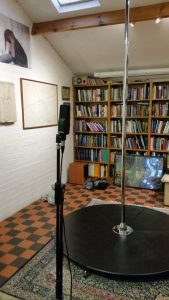 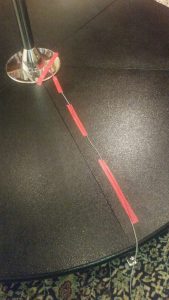 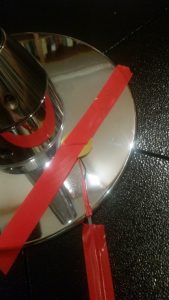 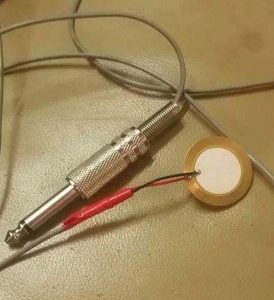