Curzon Street Station is one of the oldest railway termini in the world, built in 1838 as the direct link from Birmingham to London. Due to the shaping of the city over time, and the introduction of Birmingham New Street, Curzon Street Station slowly lost its positioning and purpose as as important link from the midlands to the centre of London. It now sits closed to the public, empty and boarded up, with only an occasional appearance for an event or two over the long years it has stood closed.

As part of my final project for my masters, I managed to gain access to this incredible heritage site, taking on the role of the ‘acoustic caretaker’ and spending time exploring all aspects of the building.

Here are a few photographs of the outside and also the beautiful main entrance hall and stairwell of the space. 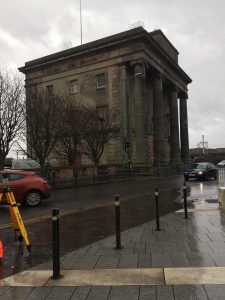 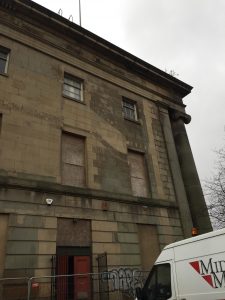 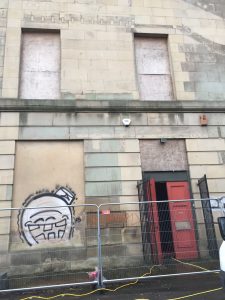 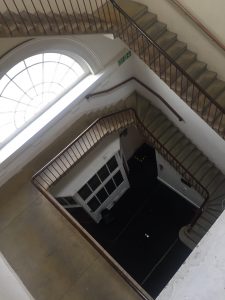 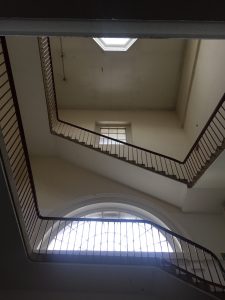 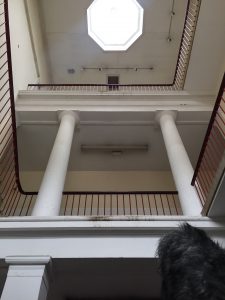 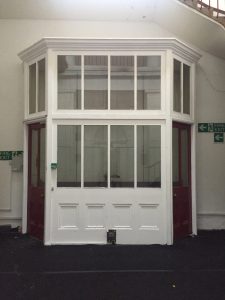 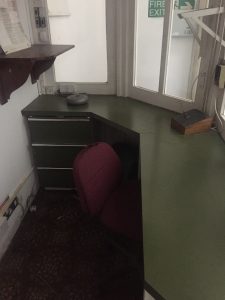 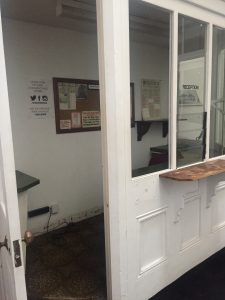 The first session in the building involved a few preliminary recordings of the space, and discussions with the caretaker over the heritage and some superstitions. The three voices heard in some of the recordings are my own, my father’s and the caretaker’s.

I did a vocal test of the stairwell at the level of the second floor, the song ‘Dove Sei’ was used, sung very quietly, the other conversational voices that can be heard are all the way in the cellar.

I did various recordings where I just left things running while completing various tasks. In this recording I am drawing sketches of various parts of the stairwell, including a small map of the building.

One of the particularly strange features of Curzon Street Station, was something that was found actually under the floorboards of the building during some small renovations. It was a mummified cat, which apparently was placed their due to Victorian superstition, some time around when it was built. This cat was then displayed in a case in the main hall, but sadly one night a few years ago the station was broken into, and the cat was taken out of its case and damaged, so what remains of it now lives in storage. In its place, a tiny stuffed toy sits on display. 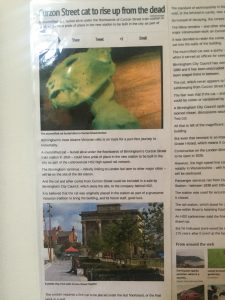 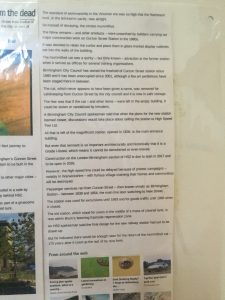 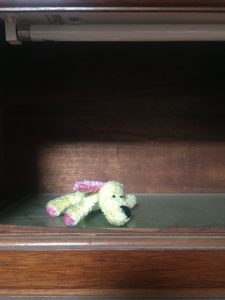 A recording of my father and the caretaker discussing the low railings of the stairwell. 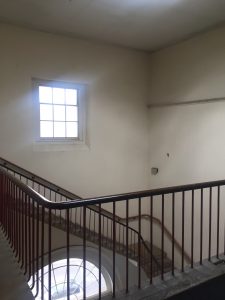 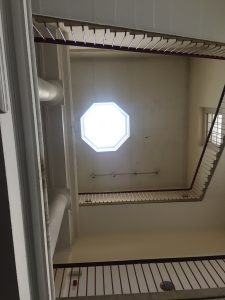 Several sound experiments were done over the few days I was there, most following a ‘List of Care’ I wrote as a score for tending to the building. I began by testing the acoustics by drumming up and down the stairwell. 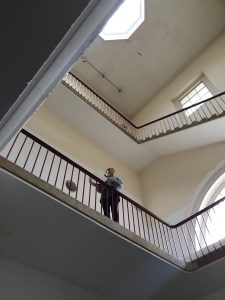 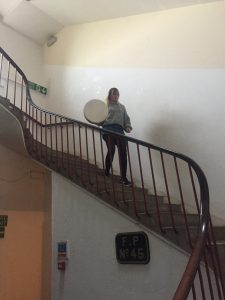 My final vocal recording that was written and recorded in situ is on the next page, under Care Taken.