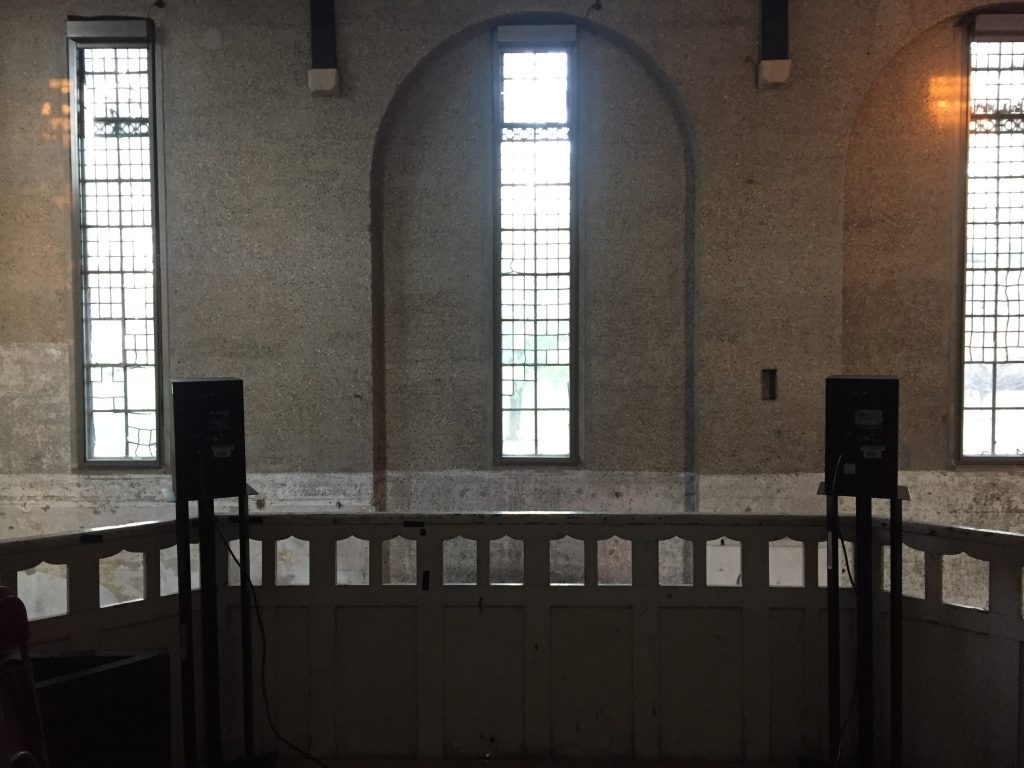 Above: a view from the derelict balcony of Dilston Grove in London, a repurposed gallery space where my final exhibition was held.

I wrote the piece as one of many tasks in my ‘List of Care’, that was written as a response to taking on the role of the building’s acoustic caretaker. The stairwell was considered the most prominent feature of the dilapidated building, and had the most inspiring resonance, so I knew my final exhibition work had to encompass it.

Here is the sound piece played from the above speakers in my final exhibition:

The final piece was accompanied, from a different place in the gallery, by a victorian noticeboard holding various items collected and created during my time at the train station. This noticeboard was included to tell a story, and played as a form of graphic score to the sound piece, creating empathy in the audience for the ‘building at risk’. 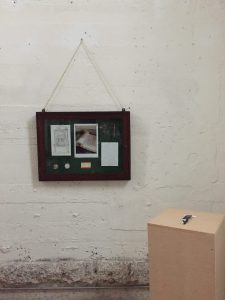 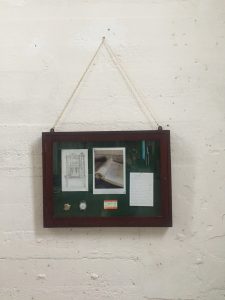 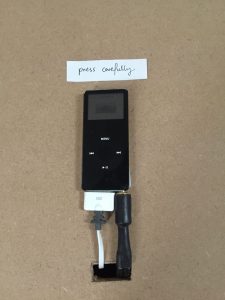 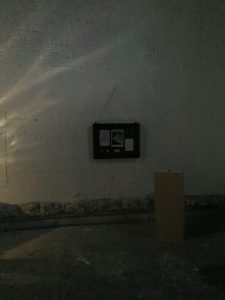 The ipod (originally a motion sensor but changed because of sound quality issues) when pressed would play the sound piece which would be far to the left above your head in the organ loft. This was a good position, as it allowed the sound from my piece to sit on a different plain from the lower sounds, naturally separating it. It also made the playing of it purposeful, compared to it being on a timer or a loop.

My dissertation titled ‘Acoustic Caretaking and the Near-Ruin’ can be found here.